Parents often want to know if the benefits of circumcision outweigh the risks. A large Australian study published last year looked into just this and found conclusive evidence in favour of circumcision for baby boys.

The study was carried out by doctors from the University of Sydney and University of New South Wales. Researchers carefully analysed the results of over 140 scientific studies to investigate the benefits of circumcision. The evidence was overwhelmingly in favour of circumcision. While only 0.4% of infants had complications from their surgery, an overwhelming 80% of uncircumcised males had problems that were associated with being uncircumcised.

Some of the benefits of circumcision identified by the study included:

No risk of phimosis. Phimosis occurs when the foreskin is too tight to be retracted, as is associated with pain, infections and difficulty urinating. 10% of uncircumcised males develop phimosis, and when this occurs, circumcision is often required.

Reduced risk of balanoposthitis. Balanoposthitis is an infection of the skin in the penis, particularly under or around the foreskin. As circumcision improves hygiene, it makes it much more difficult for circumcised males to develop an infection like this.

After considering all of these benefits, the study recommended infant male circumcision in a setting such as Australia. In fact, the study's lead author, Dr. Brian Morris of the University of Sydney, suggested that circumcision was similar to childhood vaccinations in that it had huge benefits with a low rate of risks.

The Australian study was in keeping with recommendations from a number of groups internationally, including the Circumcision Academy of Australia and the United States Centers for Disease Control and Prevention. 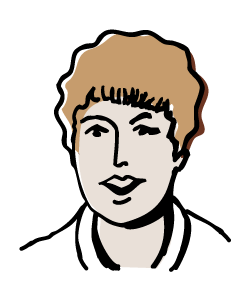 Getting to know your GP is one of the wisest things you can do. For many years, I avoided all contact with my GP. I would always tell myself that whatever ailment I was suffering from, it wasn't anything that I couldn't fix with a few painkillers and a glass of water. Thankfully, one day, I bumped into my GP in the street. We started talking and started to become friends. I still avoided the medical centre, but now and again I would visit his home for a cup of coffee. On one of my visits, the doctor noticed that I didn't look well. He referred me to the hospital and they discovered that I had an infection in my lung. After treatment, I am now fighting fit again. I now always attend all of my medical appointments and I would like to encourage you to do the same.

Two Tips for Travelling to a Country Where Yellow Fever Is Common
26 August 2020
If you are going to be travelling to a country where there is a risk of catching yellow fever, this advice should come in handy. If you have already h …

3 Things To Let Your Gynaecologist Know During Your First Visit
25 March 2020
You're pregnant! It's such an exciting time in your life, but it can be incredibly nerve-wracking too — especially if this is your first baby. A visit …

What You Should Know About Your Posture
15 January 2020
You might not be concerned about your posture until you are experiencing back, neck or shoulder pain or a family or friend points out that you have ba …